Did you watch the Star Wars Eclipse trailer? The game promises multiple characters and journeys in an open world. Click here to learn more about it.

Are you prepared to engage with a pet keeper in the Star Wars universe? Maybe purchase a foreign fruit in a busy marketplace? Unfortunately, the fans just have to wait for the Star Wars Eclipse to release. Here are all the things we know about it so far. Star Wars Eclipse will provide gaming perspectives from a different character. Each active character comes with its own storyline, abilities, and roles. The characters are a puzzle in the events that restore peace at the Outer Rim. The game is being developed with Lucas Film Games.

The initial trailer released showed a brief appearance from the Star Wars cult, including Yoda and C-3PO. There were also frames of the Jedi Temple and Sith. The antagonists marching, leading an army in shiny uniforms is the climax of any trailer, and the cinematography did it justice.

The game Star Wars Eclipse storyline takes place in the High Republic era. The game is described as an action-filled adventure. However, there is very little to say since the game is still in development. We are unsure how the story plays out. The star Wars fans have been treated well with the previous gaming announcements, so we stay hopeful.

The game is a storyline progression. Every decision that the character makes, you by proxy, will have severe consequences on the storyline. The game mirrors the actual lifestyle of Outer Rim. Your home is being attacked, and it is up to you to define the path to freedom.

Another description of the game surfaced is its similarity to the Star Wards Jedi Fallen order. The storyline is not linear, however. Star Wars Eclipse can be played by multiple characters, including star wars Juno Eclipse.

The game will have an open world plan. The players can travel the world from the world to complete their conquests. Meanwhile, on the journeys to realms and beyond, the players will meet different characters and make friends. The game is under development by Quantic Dream Paris and Quantic Dream Montreal.

The Star Wars eclipse model has altered many times to become what it is today. The game was not initially intended to be an open-world plan. Quantic Dream had to overcome, add, and modify numerous features.

Furthermore, creating and developing the game was also a hassle. If everything had gone to plan, the development would have begun more than a year ago. Alas, today, it is still in the early unsure phase because of the complications.

The developers have so far overcome challenges to produce a majestic 3-minute trailer. It encapsulates the advancement in gaming and CGI technology. The trailer accurately represents the Star Wars Eclipse model as we patiently wait hand-in-hand on what is yet to come.

We have yet to discover if Star Wars Eclipse is multiplayer or not. There is still a lot of mystique related to the game. However, with multiple characters involved, we are hopeful you can play with your friends, family, and cousins on a platform of your choosing.

May the Force be with you

Star Wars Eclipse is intended to engage the Star Wars fan in a multiverse game that is a lot closer to reality. Unfortunately, until it releases, we can only speculate. You can routinely visit or subscribe to the official website https://www.starwarseclipse.com/game.

Is it legal to create Star Wars games?

Since Star War games are already an existing service, you would need written permission from the company to use the same name. Any profits will be shared as per franchise-franchisee regulations.

Will Star Wars mods be legal in Star Wars Eclipse?

Star Wars franchise prohibits any modifications in the game unless performed by Rockstar. The developers aim to establish a transparent gaming community.

Will Star Wars Eclipse be available on Xbox?

The game is set to release on Xbox Series X.

What is Star Wars Eclipse about?

The Star Wars Eclipse is about a set of characters selected to protect the Outer Rim from invasion during the timeline of the High Republic era.

What is the category of Star Wars Eclipse?

The Star Wars Eclipse is an action-adventure game where multiple characters have individual prompts for story progression.

Will mods in Star Wars Eclipse be copyrighted?

The mods are only legal, so to say, if approved by the developers. Otherwise, these mods will be discarded based on statutes and copyright infringement. 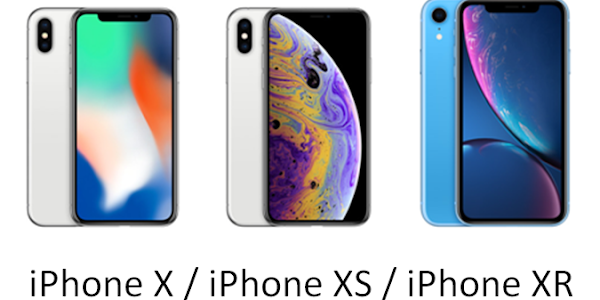